Skip to content
Please note all carriers are experiencing delays due to COVID-19 and delivery times are approximate only.
My Account Cart 1300 665 703 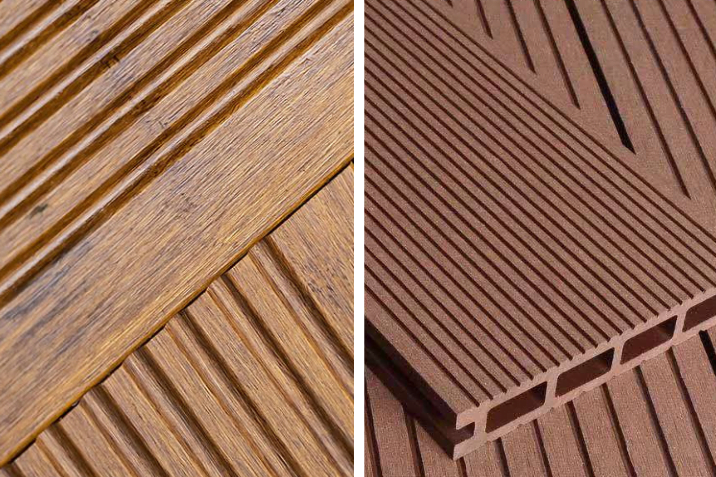 The Real Cost of Composite Decking

Low maintenance but at what cost?

The deck is a staple of the Australian summer lifestyle that comes in all shapes and sizes but a new player is becoming increasingly popular: composite decking.

Composite decking is often defined as a man-made building product made up of a mix of wood fibers, plastics and bonding agents. Most people replace their decks every 7 to 10 years which represents a huge amount of plastic waste going to landfill. Natural decking such as timber or bamboo can be returned to the soil at the end of their lifecycle to fully decompose in up to 3 years as opposed to up to 450 years for plastic.

As of 2017, humans had produced 8.3 billion metric tons of plastic. We send at least 8 million tons of plastic into the ocean every year and yet, annual plastic production is expected to triple by 2050.

Plastics are made from fossil fuels and the majority of the population is now aware of the devastating impact of fossil fuels on climate change. Few people realise that plastic production is far worse. According to David Roberts, journalist at Vox, “the best research suggests that it averages out to about 5 tonnes of CO2 per tonne of plastic[…]. That’s roughly twice the CO2 produced by a tonne of oil.” He adds that “If plastic demand were to grow as projected, annual emissions associated with plastic would double by mid-century.”

Not a good look when the world is racing to reduce carbon emissions due to their catastrophic impact on climate change.

Suppliers of composite decking are quick to claim how time consuming maintaining a natural deck is but with climate change worsening by the day and plastics filling our oceans, is applying a coat of paint every 18 months really that bad?

The problem with recycled plastics.

Manufacturers of composite timber proudly claim that their product is “eco friendly”, “sustainable” or “green” thanks to the use of recycled plastics.

To quote William McDonough and Michael Braungart in their book Cradle to Cradle: Remaking The Way We Make Things, “being less bad is no good”. Composites made from recycled plastics are still, well, plastics.

In a fascinating article in The Verge, Justine Calma uses a striking metaphor by Josh Lepawsky : “Think of plastic pollution like an overflowing tub in your bathroom. If you walked into that, probably the first thing you would do would be to turn off the tap — not grab a bucket and a mop, if you think of the bucket and the mop as recycling. Turning off the tap equates to staunching the production of plastic goods. Trying to clean up a growing mess won’t address the root of the problem.”

But some Asian countries that used to import our recyclable plastics are grappling with their own plastic waste and, as a result, have started reducing their intake, forcing some cities to cancel their recycling programs.

Another issue with composites that use recycled plastics is that“when you mix an industrial material (plastic) that is recyclable with a biological materials (wood) that is compostable you get a material that is neither recyclable nor compostable” says Pablo Paster of Treehugger. William McDonough and Michael Braungart call this a “monstrous hybrid”. Your recycled plastic composite decking or cladding was manufactured and purchased with the best intentions but its afterlife was not considered.

“Before you even make something, you have to think about throwing it away,“ says Bryon Donohoe, a senior scientist at the National Renewable Energy Laboratory in Golden, Colorado. If we want to reduce waste, we inevitably have to cut down on production and consumption of materials that are likely to end up in landfill.

Even if we recycled 100% of all new plastic produced, it could only be recycled, or rather downcycled, a few times. Plastic deteriorates with each use meaning it breaks down into lesser quality particles that can eventually no longer be used or downcycled and end up in landfill or the ocean, including the seafood we eat.

When the choice comes down to finding a piece of composite decking in your food a few years from now or maintaining a natural deck every 18 months, what would you choose?

The Race To Save The Planet From Plastic. Umair Irfan, Vox

The State Of Australia’s Recycling: How Did We Get Into This Mess? WWF